Economic conditions are continuously improving and the expectation is for good times to continue. 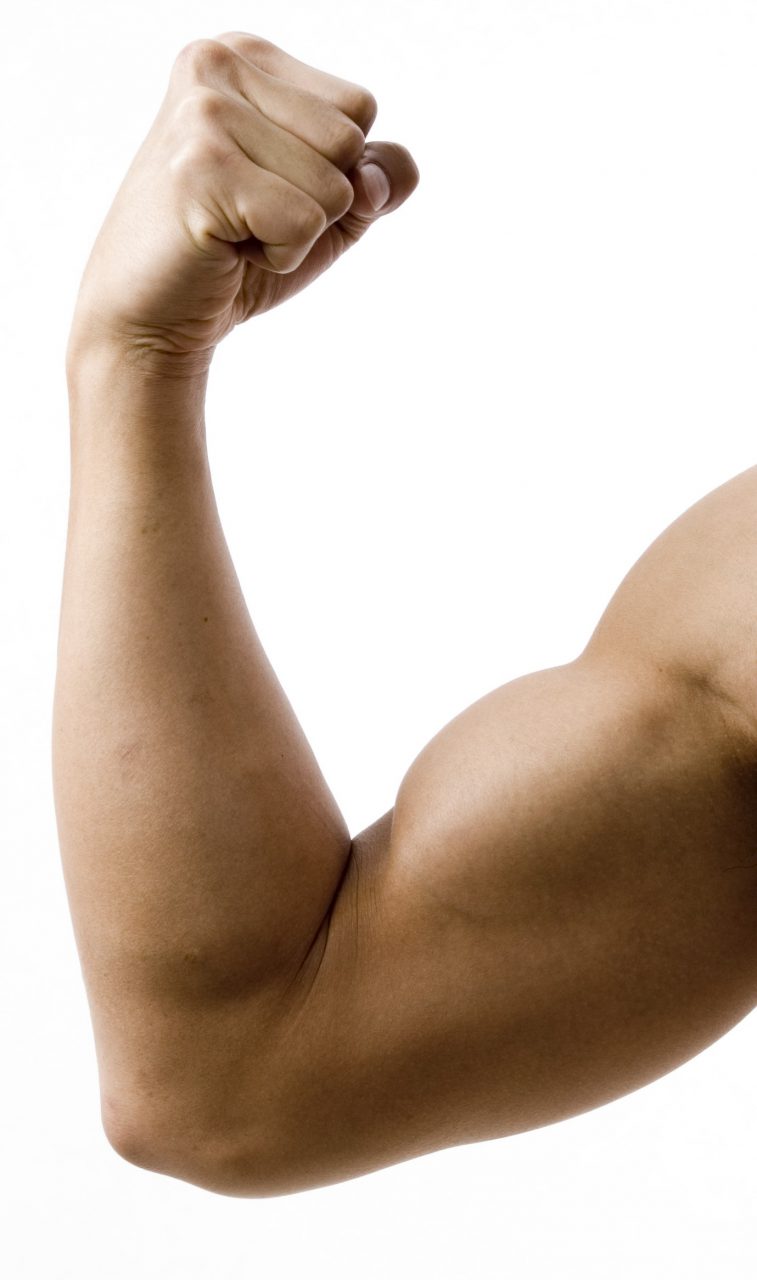 Nearly 75% of U.S. households report they were financially comfortable in 2017, 4% higher than prior year.  A similarly impressive percentage of small businesses show higher growth over the previous 18 months.

Bigger paychecks are paying dividends for the U.S. economy.  Retail sales rose by .3% in April after .8% in February.  Nine of 13 major retail categories grew with the greatest in sales at apparel stores.  Furniture merchants, building-materials outlets, online retailers and department stores followed suit.

These surges are despite growing fuel costs which are near the highest level since 2014.

Tie the data to intensified, savvy marketing.  Next thing you know, there are upticks in leisure and business travel, buying and building primary and secondary residences, and lots of golf rounds. 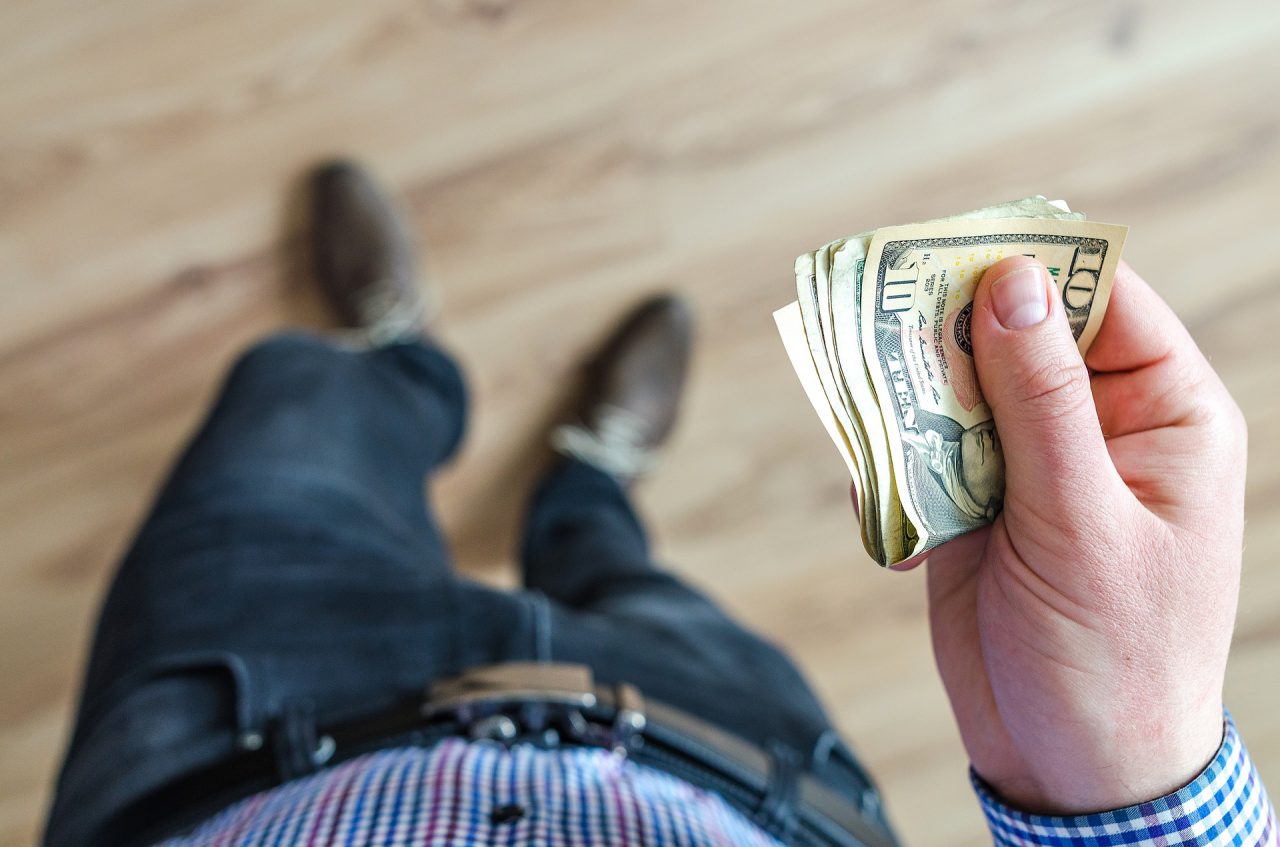 Although difficult to accurately estimate, experts suggest illegal sports betting in America is a $100 to $150 billion venture.

Regulated sports betting in Nevada totaled nearly $5 billion with college and professional football accounting for 33% of these wagers.

Last month, the Supreme Court recent opened the way for states to allow legalized sports betting.  Nearly 20 states have introduced “betting bills” with estimates of as many as 32 approvals by 2022.  By conservative forecasts, legal gaming could top $250 billion by then.

Most major sports leagues and team owners are largely embracing the opportunity for legalization.  They see it as a way to increase transparency and integrity to combat potential corruption, primarily game fixing.

Aligning with Major League Baseball and the National Basketball Association, the PGA Tour supports legalized sports gaming.  One report has it in talks with companies for a licensing deal that would collect and distribute data to legitimate gambling operators.  Like other leagues, the PGA Tour may institute an “integrity fee” to offset the cost of monitoring betting activity and safeguard against the black market making money on its tournaments.

Stay tuned:  Shot-tracking, and player and tournament betting may soon come to a theater near you. 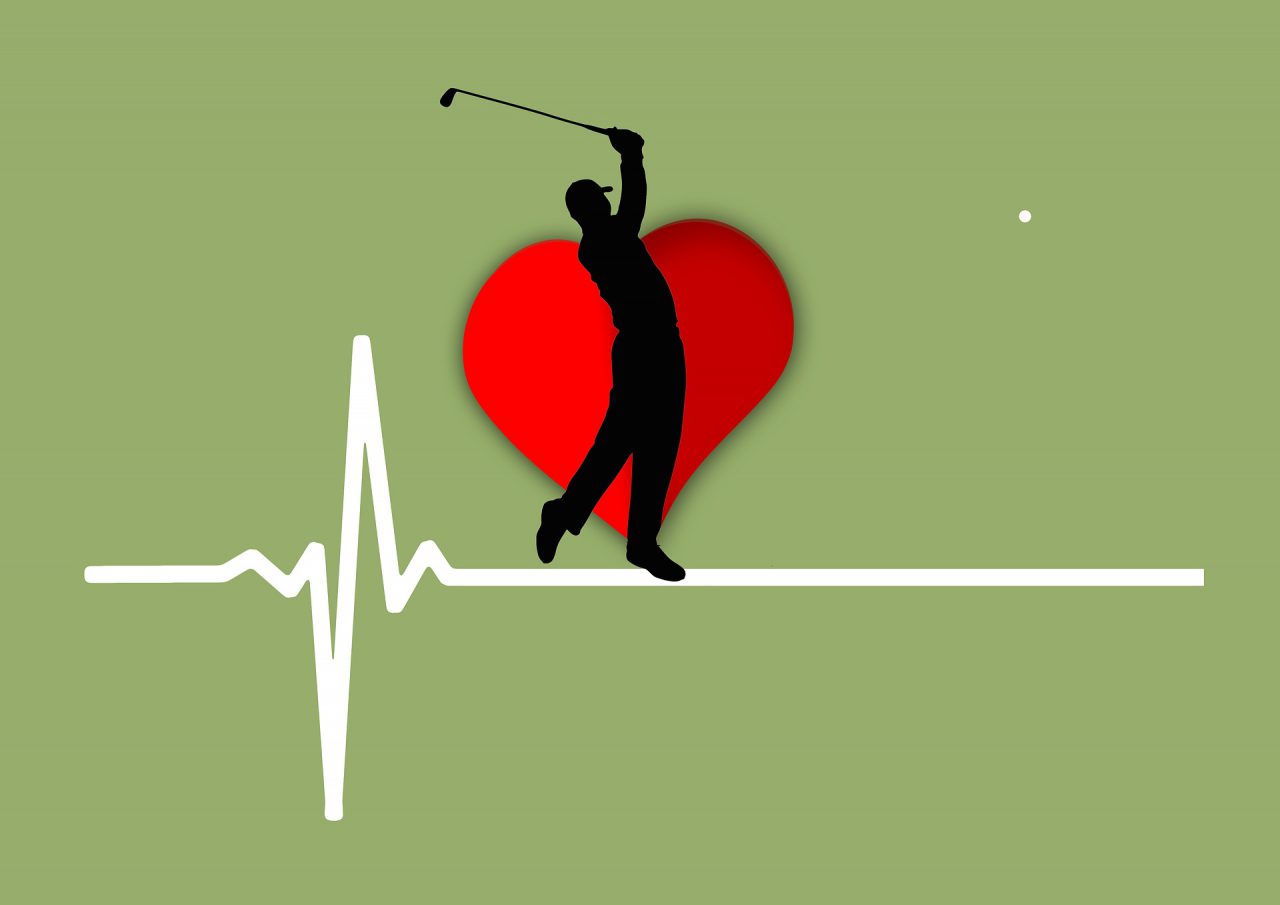 Perhaps most telling to future vitality of the game is latent demand setting a record high for the fourth consecutive year.  Roughly 14.9MM Americans are “very interested” in taking up the game, a 16% increase over 2016.  The number climbs significantly with “somewhat interested” survey respondents.

The NGF report comes two weeks after WE ARE GOLF released its U.S. Golf Economy study conducted by TEConomy Partners.  It shows $84.1 billion in activity directly driven by golf in 2016, a 22% rise from $68.8B in the 2011 report.  The industry supported $191.9B in total annual activity, including 1.89 million jobs and $58.7B in wages and benefits.

Demonstrating golfers’ and businesses’ commitments to charity, $3.94B was raised in 2016 through tournaments and other activities.

His latest venture – alongside Ken Kennerly, Executive Director of the PGA Tour’s Honda Classic – is the new Bermuda 3s World Team Championship, Oct. 21-26.  Sponsored by the Bermuda Tourism Authority and Goslings, the inaugural par-3 Pro-Am pits PGA Professionals paired with three amateurs.  The four-person teams representing the U.S., Canada, Great Britain-Ireland and continental Europe will compete against one another for national pride and a $100,000 purse for pros based on their individual scores. 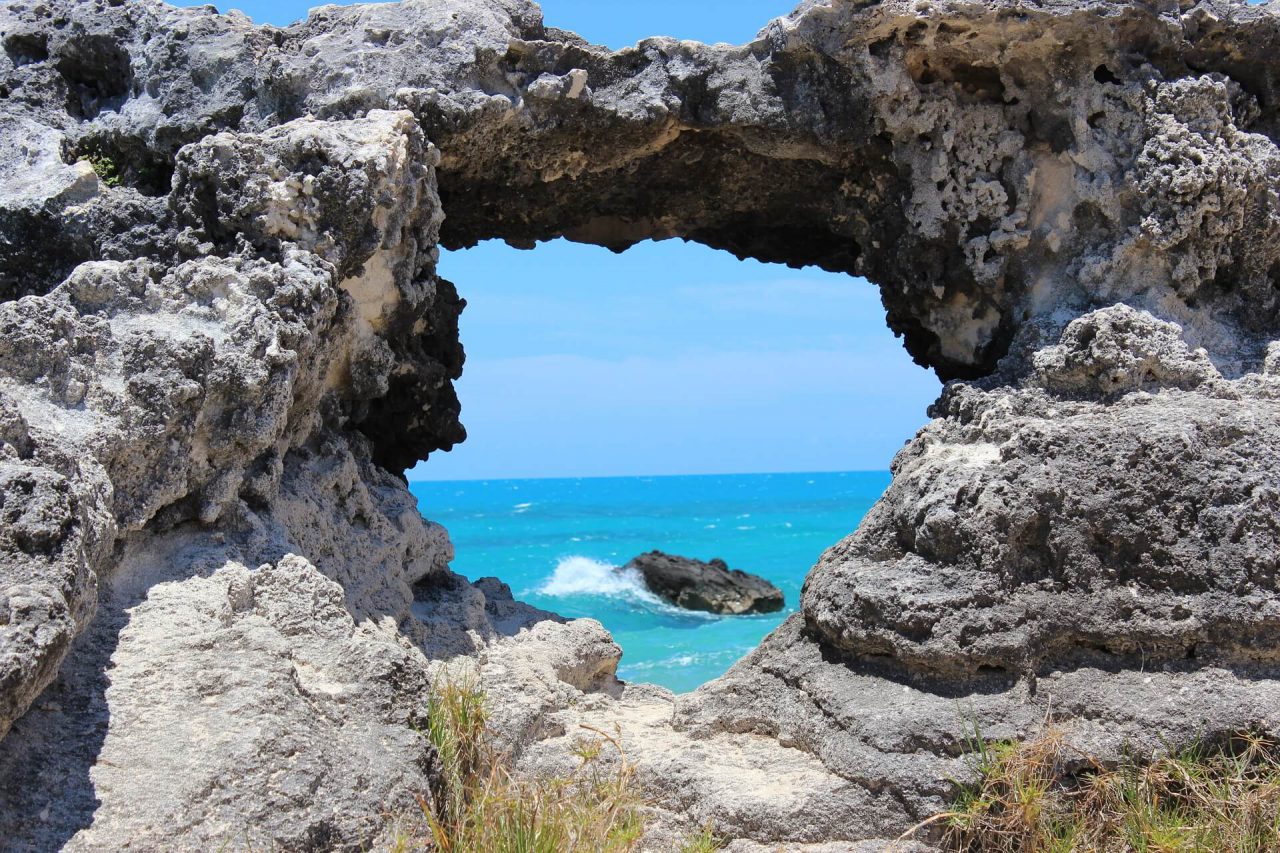 There are only 20 entries per region and early returns indicate a full field.  Host courses are the fabled Mid Ocean Club (designed by C.B. Macdonald), Port Royal Golf Course (Robert Trent Jones, Sr.) and Turtle Hill Golf Club (Ted Robinson), and accommodations are at the Fairmont Southampton on Bermuda’s stunning south shore.  All this, and memorable evening functions, including opening and closing ceremonies, award-winning cuisine and acclaimed island hospitality, are included in the $12,500 team entry fee.

Bermuda has been a popular golf destination since hosting the PGA Grand Slam of Golf from 2007 to 2014 at Mid Ocean and Port Royal.  It’s a golfer’s paradise with six world-class courses threaded throughout the island’s 21 square miles.  They are popular among professional golfers, amateurs, movies stars, presidents and even royalty for diverse terrain and sweeping ocean views.  The Bermuda 3s October timing aligns with moderate temperatures and low humidity. 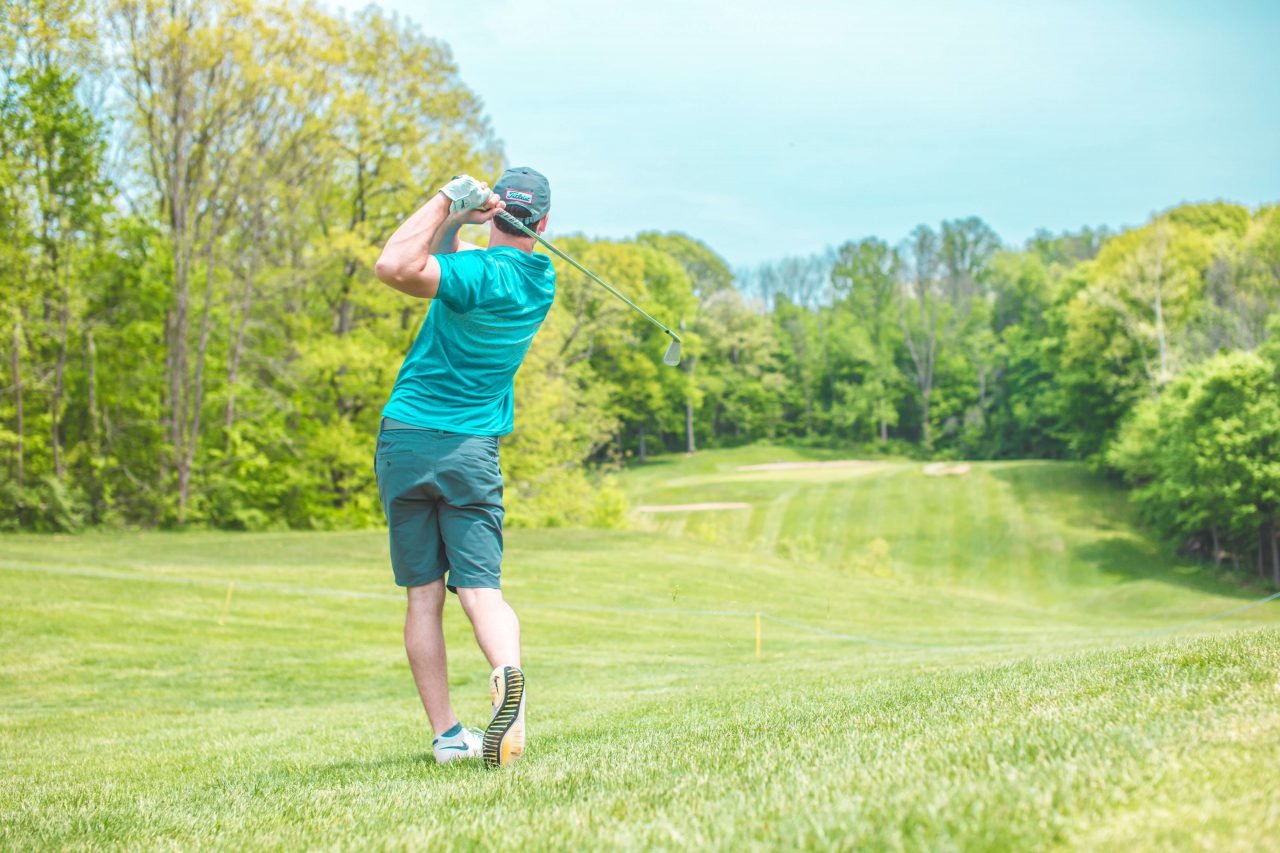 For all things new, there’s a one-time-only opportunity to properly launch.

That’s why the storied Pinehurst Resort – “The Cradle of American Golf” – turned to Buffalo for public relations strategy and execution.

This fall, Pinehurst debuts a complete re-imagination of its marquee No. 4 course.  Led by prominent architect Gil Hanse, Tom Fazio’s seminal work is recast in an authentic, Sandhills aesthetic sure to appeal to purists.  Exposed sand, native wire grass, wider fairways and natural topography forge an authentic, visually-stunning golf course in concert with its surroundings and Donald Ross’ original vision.

Hanse’s incarnation of No. 4 is the latest in a series of bold moves by Pinehurst ownership and management.  Restoration of No. 2, creation of No. 9 (via acquisition of National Golf Club) and opening of Hanse’s wildly popular short course, The Cradle, are complete.  So, too, is a series of restorative enhancements to No. 1 and No. 3 aligning them thematically with No. 2 and No. 4.  Kyle Franz is revamping historic Maniac Hill and plans also call for an update of Thistle Dhu, the resort’s 18-hole putting course.

Six months from the re-opening of No. 4, it is mission critical to superbly craft a powerful narrative and generate buzz while driving fall tee-sheet reservations and advance bookings for 2019.

Furthermore, there are roughly 13 high-profile new or dramatically-altered courses opening in 2018, one of the most active periods in recent history.  Not adopting a build-it-and-they-will-come mentality, Buffalo’s work will draw No. 4 its fair share of media attention and mindshare.  To hit the ground running, we developed a monthly countdown of sneak-preview activations, as well as fun and serious storylines, leading into the grand opening.