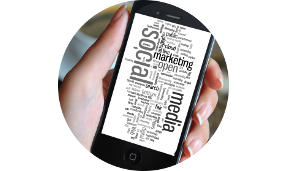 For the first time, spend on digital advertising ($130B, 54.2%) in America will surpass traditional ads ($110B, $46.8%).  The trend mirrors consumer consumption activities as digital ads are forecast to become two-thirds of all ad spend by 2023 (eMarketer).

Mobile phones are dominant, representing more than 66% ($87.06B) of views.  Combined with desktop, tablets and other connected devices, Google-YouTube leads with almost 38% followed by Facebook-Instagram (21%), Amazon (7%) and Microsoft-LinkedIn (4%).

Armed with sponsored ads tied to shoppers’ behavioral data, Amazon is expected to grow by 50% in 2019.  Consumer packaged goods and D2C brands are jumping onboard the digital train in record numbers.

Revenues for directories like Yellow Pages, as well as traditional newspapers and magazines, are projected to drop by 20% in 2019.  With a proliferation of special-interest networks, TV ads are still in vogue, but will slip by 2.2% to $70.83B.  This is generally due to no presidential election, Olympics and World Cup in 2019.  Overall, traditional ads, fundamentally plagued by shortfalls in reach and research, will drop to 45.8% from 51.4% last year.

Few resorts in the U.S. could host a massive event as smoothly as PGA National, one of Buffalo’s top destination partners.  The Honda Classic – the first stop on the PGA TOUR’s “Florida Swing” – is contested on its mighty Champion Course.

From February 25 to March 3, the legendary South Florida resort welcomed a whopping 204,487 spectators in style over seven days of glorious weather for the second-highest total in tournament history.  With a stirring, final round birdie on the par-5 18th, Keith Mitchell captured his first career win, holding off two of golf’s best, Brooks Koepka and Rickie Fowler.

The impressive spectator stat and exciting on-course action don’t tell the full story.  Social media and its influencers have become as important as network television and traditional media coverage.

Case in point is the Wednesday Pro-Am marquee group.  As the lone professional golfer, the ubiquitous Greg Norman sports 133,000 avid followers on Instagram with another 110,000 on Twitter.  Nice guy, talented golfer and musician extraordinaire Kenny G enjoys 104,000 and 98,000, respectively.  NBA great Shane Battier, who hits the ball a mile when he connects with that long radius, boasts 461,000 on Twitter.

The numbers add up quickly.  Just a few posts from those big names reached hundreds of thousands instantaneously.  They showcased the fun to be had on a “bucket list” golf course like the Champion, even before the official tournament began.  Add a cadre of social media influencers playing 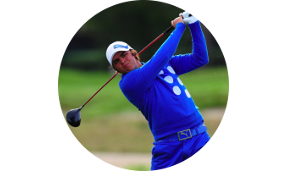 in the Pro-Am and telling their stories about what it’s like to tee it up alongside the game’s greatest players.

Then there’s Katie Kearney and Bob Menery.  She’s a top runway model, swimsuit line owner, golf lover and journalist who shared her Pro-Am experience (and PGA National resort stay) with her 250,000-plus followers via numerous posts.  All Katie needs to do is showcase a photo or video of her swinging a club and it rifles around the social media universe like a rocket.

Katie’s boyfriend, Bob Menery, has a phenomenal 1.7 million followers on Instagram hanging on his every post.  With a dynamic sports announcer voice, his personal takes on golf and sports clips are liked, loved, forwarded, commented on and retweeted by millions.  The Honda Classic Pro-Am experience was no exception:  Katie’s and Bob’s posts were consumed by millions.  Packed galleries are important, but witnessing the action and sub-plots on Facebook, Twitter, Instagram and sister channels arguably rule the day.

Aided by Buffalo’s prompting, social media coverage went into overdrive as the tournament progressed.  It reached a crescendo as the wildly popular Fowler battled for a sudden-death playoff had Mitchell not sunk that pressure-packed putt for victory.  With his 1.64 million fans on Twitter and another 1.6 million on Instagram buzzing like a beehive as the drama unfolded, PGA National and the Honda Classic benefitted immensely.

Several moons ago, we received a call from a serial entrepreneur who wanted Buffalo to design a website to launch his new venture.  After a lengthy explanation of the perceived opportunity, it came to be that a business strategy, blueprint and budget were largely in his head.  It wasn’t reduced to writing.  Moreover, there was little data to support his inherent thinking that a market niche was obvious.

Why a website when there wasn’t significant research and planning upfront?  And marketing was an afterthought.  How could one properly message without analytics?  Predictability and reliability were merely rooted in hope.  We were perplexed.

Our team shared the philosophy that it wasn’t in anyone’s best interest to design a site without direction born from detailed discovery work.  If we owned the business, we wouldn’t throw good money against bad without data science and at least a modicum of third-party, expert counsel.

He was dumfounded we didn’t take his money.  Another company did and the site went live within weeks. 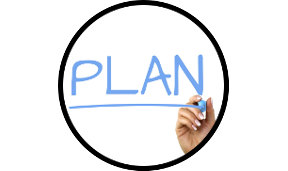 Months later, my phone rings.  “You were right,” he said.  “I should’ve contracted for the necessary work from the beginning.  I was overly anxious to get going without an iron-clad roadmap.  The site tanked and we’re substantially behind projections.

Then and only then is it time to document a course of action. 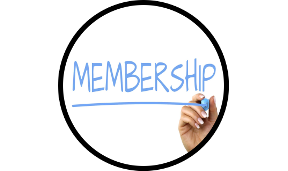 More than 2,000 club professionals, mainly of the GM and CEO variety, attended dozens of educational sessions and visited with more than 290 trade show exhibitors.  Attendance was up 15% over prior year, and over 330 students absorbed the compelling content.  CMAA members span country, golf, athletic, city, faculty, military, town, and yacht clubs.

In speaking with several club owners, as well as HOA and onsite leaders, the most common topic was filling the pipeline with younger member prospects.  And the conference didn’t disappoint.  It offered practical tools to enhance club experiences, invest in modernizing amenities under smart financing, operate more efficiently and integrate cutting-edge technology as a universal enabler.  A hot commodity was ways to find qualified, prospective members by accessing lookalike personas.

There are several approaches whereby private clubs can tout their offerings in whisper campaigns which don’t compromise their images and price points.

Every sport undergoes changes. Golf recently re-wrote how aspects of the game are played.  No matter where you fall on the opinion meter, should technology be instituted to remove grey area from golf’s human element of calling penalties?

Perhaps golf, at some point, will follow the similarly low-contact, genteel sport of baseball.  Here’s what’s happening on the diamond:

There are countless complaints of blown calls behind home plate.  Strikes which are clearly balls and vice versa.  While Major League Baseball is pleased with consistency of umpires, its independent Atlantic League is debuting a radar system in the form of three cameras tracking pitches to assist umpires. 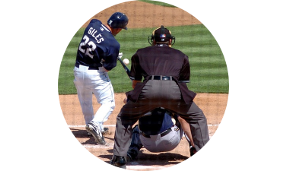 Purists bemoan use of an electronic strike zone and, for that matter, most other forms of technology.  While telecasts include an on-screen graphic showing where each pitch crosses (or nearly crosses) home plate, even that’s difficult to discern between right and wrong.

Some suggest robo umps are akin to instant replay.  A fifth umpire would relay the computer’s call to the home-plate ump.  The system purportedly is within a half inch of accuracy.  Notwithstanding, it seems an automated strike zone has its challenges as each camera / computer requires adjustment for unique batting stances.

Each ump has his own definition of a strike zone, and, over the course of a game, smart pitchers and catchers are able to manipulate the edges of the plate.  Robo umps would eliminate the “trickery” of framing pitches.

The NFL is also keen on technology, too as referees can’t humanly see everything.  Cornerbacks bumping receivers more than five yards past the line of scrimmage is perhaps the most commonly missed penalty.

Some people posit umpires’ imperfections are part of the game’s attraction.  Fans and viewers love villains.  Babyface robo umps, while decidedly more precise, would rob us from the traditional allure of boo birds in the stands, at home and on mobile devices.

In golf, there are questions about officiating at all levels of play.  By the way, healthy debate sells.

Our Buffalos travel a lot.  That’s because we love to learn about brands and learn to love certain brands.  Conversations are decidedly better in person than separated by distance.  Sitting across from one another with a white board make for powerful strategy development and new ideas. 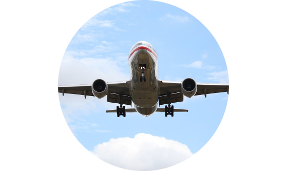 Call us “Captain Obvious,” but that’s why Buffalo will be front and center at The Masters, PGA Championship, National Golf Day (Capitol Hill) and other major industry and sports-marketing events.  Assessing and advancing cool emerging and established brands is our Job No. 1.

The C-Suite downloads to us what’s working and what isn’t, and the business opportunities thereof.  That fuels our minds with fresh and refreshed concepts, from hyper-targeted to those which defy imagination yet hold immense purpose.  Studying data helps to precisely hone in on who, why, when and how offerings are consumed.

We’re all ears.  Is it time to share your situation as our Buffalos traverse America?  Perhaps we get together at Augusta National. 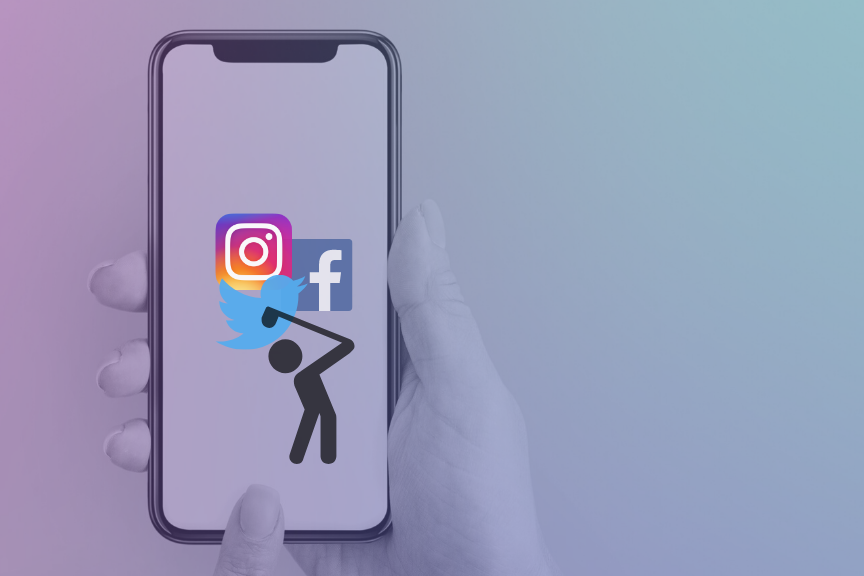 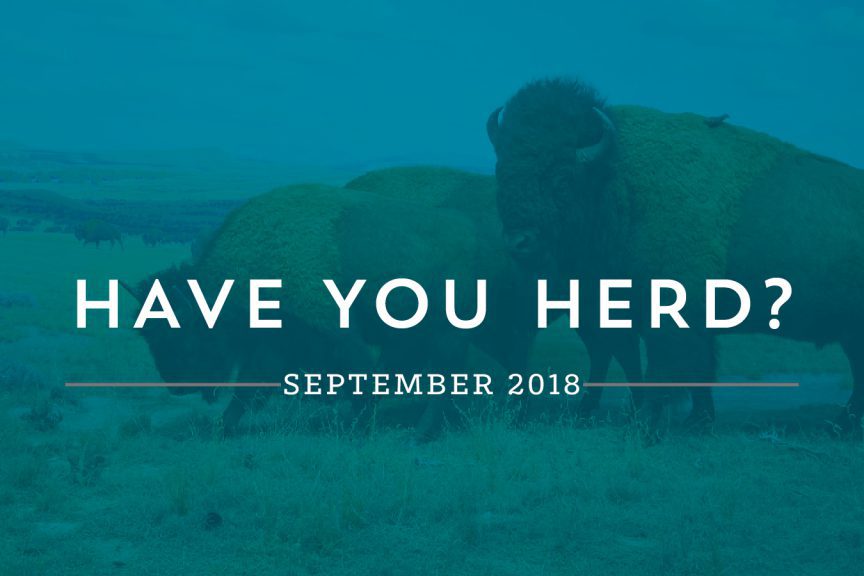 Have You Herd – Top 5 Tips For Non-Traditional Holiday Marketing