State of the Industry – Golf Retail

After a strong start and a deep decline, the golf industry in general has rebounded strongly in 2020. With incredible recordings of golf rounds played and more exciting PGA and LPGA Tournaments to look forward to this fall, the game is seeing an interest like never before. This phenomenon has led to an unprecedented rise in golf retail — and not just hard goods.

There can be no doubt that 2020 has been a tremendously difficult year. As the world continues to grapple with the impact of the COVID-19 pandemic we are seeing both the short-term and potentially long-term effects the virus is having on a variety of businesses and industries.

In golf, the rollercoaster ride has been a wild up-and-down affair. The year started strong at the annual PGA Merchandise Show in Orlando, where the game’s top brands showed off the latest and greatest in clubs, balls, apparel and accessories of all stripes. Spirits were high and there was a general excitement about 2020. After all, for the first time in 15 years Tiger Woods was set to defend his title at Augusta in April, the Ryder Cup was back on American soil and interest in the sport was on the rise with 34.2 million participants in 2019, according to the National Golf Foundation (NGF).

As the calendar hit March, everything was going according to plan. A warm late-winter led to rounds played being up 15% year-over-year and golfers in northern states were clamoring to get a jump on the season. Unfortunately, the enthusiasm was short-lived as the novel coronavirus went from being something “over there” to a threat in our own backyard. As March unfolded, golf quickly became an afterthought amid rising concerns over the rapidly spreading pandemic. Everything shut down. An estimated 20 million rounds, the equivalent of $1 billion in tee-sheet revenue, was lost in March and April. 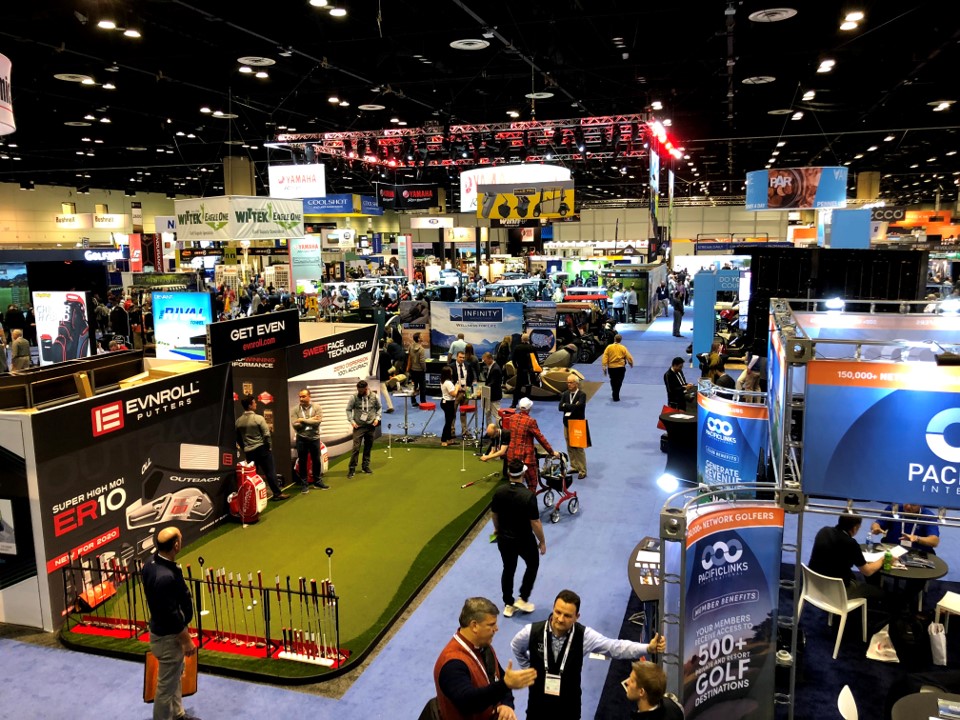 Much has been written about the elasticity of rounds played over the past five months, but beyond the impact of on-course participation, COVID’s ripples also derailed the retail world. Supply chains were compromised, big box stores shut down, green grass shops closed, and club fitting studios went dark as new social distancing mandates went into action. Predictions for golf and retail in general grew increasingly ominous as we went deeper into the Spring months.

Then May arrived, and with it some brightness started to work its way into the narrative of how golf might fare during these difficult times. With quarantine restrictions slowly lifting more than 90% of the nation’s golf courses had reopened by the second week of the month. With these openings came a renewed interest in the game, as it was one of the few outlets for recreation regarded as being a safe way to socially distance, get exercise and spend time outdoors. Not only did courses begin to reopen, but rounds played in May 2020 outpaced the same period last year by 6.2%.

This momentum carried into June, with Golf Datatech reporting rounds played were up nearly 14% year-over-year. With participation continuing to climb other aspects of the industry started not only showing signs of life, but massive resurgence, with the NGF reporting club sales were up 30% and ball sales up 20% in June. Excitingly, a significant amount of the interest in the game has been fueled by new golfers and junior players. According to the NGF, there’s evidence the number of junior golfers (ages 6-17) could swell by as much as 20% this year.

The influx of players and interest has continued to bolster sales at retail and provide manufacturers some of the largest single-month boosts in history. A recent article from GolfDigest.com cited figures from Golf Datatech on year-over-year July sales growth by category. The numbers are impressive:

The rising retail interest is not limited to hard goods, as other categories like shoes, gloves and bags are also having solid summers. However, the aforementioned Golf Digest article also brought the sobering news that although the industry is experiencing an uptick in July and June, in total, equipment sales are still lagging behind last year’s numbers. This is because balls, woods and irons were off by 30-75 percent during March, April and May.

Regardless, many industry equipment and retail leaders are bullish about recovery and the overall health of the game. Callaway President and CEO Chip Brewer is quoted by Golf Digest from a second-quarter earnings call as saying, “The surge we have right now, some portion of that is pent-up demand. And some portion of that is the increased interest in the game and the increased participation. The participation and the interest in the game, I can’t help but believe are positive indicators for the long run.”

Brewer also noted that a significant amount of the equipment resurgence is due to e-commerce, as his company’s online business is up more than 50 percent year-over-year. This is a trend we’re seeing mirrored in other industries and a topic explored in the June newsletter. For example, the Minneapolis Star Tribune recently reported that tech retail giant Best Buy is posting its strongest online sales ever during 2020. Online comparable sales for Best Buy’s second fiscal quarter jumped 242% to $4.85 billion, beating the Minnesota-based retailer’s previous record of $3.52 billion during last year’s holiday season.

The pandemic has drastically changed consumer spending habits, a shift explored in a recent TechCrunch.com  article on how COVID-19 has led to consumers shopping online in greater numbers and frequency. The author cites new data from IBM’s U.S. Retail Index, showing the pandemic has accelerated the shift away from physical stores to digital shopping by roughly five years.

Global Value Commerce (GVC), North America’s largest e-commerce platform for pre-owned and new golf equipment, which operates GlobalGolf.com, 3Balls.com and more has been among those brands who have capitalized on these new spending habits.

“Because golf allows for social distancing it was one of the only sports being played after the onset of the pandemic, and now rounds are up nationwide,” said Ed Byman, Founder and CEO of GVC. “This created an ideal environment for e-commerce – demand for golf is high, the consumer is still apprehensive to shop at brick and mortar golf retail; therefore, online shoppers are highly motivated to purchase. Since we have the largest inventory of new and preowned golf equipment in the world, GVC was well positioned and has since seen impressive year over year results.”

As a partner of the Buffalo Agency, our team worked closely with the company to develop and execute a content marketing strategy that provides GlobalGolf.com’s 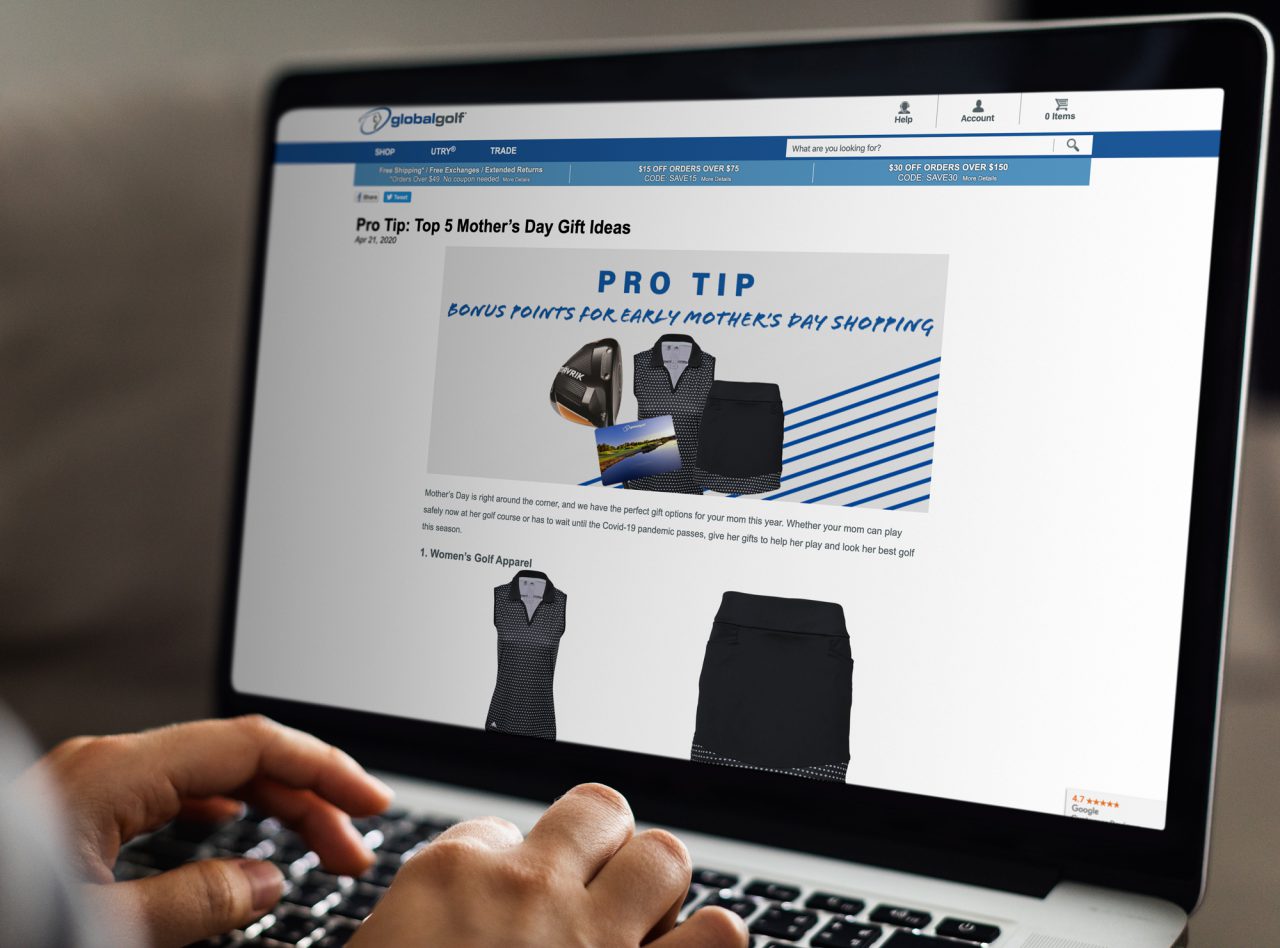 consumers with all the information needed to learn about, buy and trade-in new and preowned golf equipment. We created the ‘Pro-Tips’ campaign that includes unique graphic and video content published on GlobalGolf.com’s On the Range blog and amplified it via social channels. To provide authenticity we leaned into the company’s heritage of being founded by a former PGA Tour player, as well as employing many PGA professionals, to create a voice with the right balance of technical insight for gear heads and an air of approachability for the everyman golfer. The result has been extremely successful, with GlobalGolf experiencing significantly increased organic and paid traffic to the site.

At the Buffalo Agency we recognize that the past few months have been daunting, but we can help your business carve out a bright spot in the future by ensuring you connect with the right audiences at the right time. We customize integrated marketing strategies that are unique to each brand we work with and just like the aforementioned GVC example, we take a data driven approach and lean on industry insights to optimize every campaign.

We strongly believe that in order to be successful in the modern retail landscape a company needs the right plan. They must be able to tell a compelling story across all of their digital channels, use a consistent voice that is relatable to consumers, amplify their message using proven paid strategies and be bold in showing the world who they are. Beyond these, they must be flexible and constantly measure results using hard data, so that campaigns can be adjusted and optimized until the desired goals are surpassed.

Interest in golf over the Fall months will continue to be strong, especially given the rare September U.S. Open and November Masters. Looking further ahead, if the current climate surrounding the game is any indication, golf and golf adjacent products will be among the most popular and requested this holiday season. Before we know it 2020 will be in the rearview mirror, but golf will start next year with more buzz and excitement than almost any point in recent memory.

COVID-19, Golf Retail
Previous Women’s Golf Day – Getting in the Game
Next Have You Herd – 2020 Holiday Advertising Strategy Shifts to Help Maximize Results