Herd Highlight is a blog series highlighting the outstanding members of our Herd. From PR pros to digital marketing masterminds, each Buffalo has a unique story. Learn more about what makes our team Golf’s Biggest Fans each month.

This month’s Herd Highlight features Senior Associate Rachel Griffith. Virginia-native and George Mason Alum, Rachel is one of the Herd’s social media magicians. With more frequent flyer miles than most, her severe case of wanderlust is also what makes this burgeoning digital marketing guru help a diverse client base stay on-trend and drive up page views. When off the ‘gram, you can find her enjoying a post-hike beer or attempting to break 80 at a muni-nine. Let’s learn more!

When did you start working at Buffalo Agency? 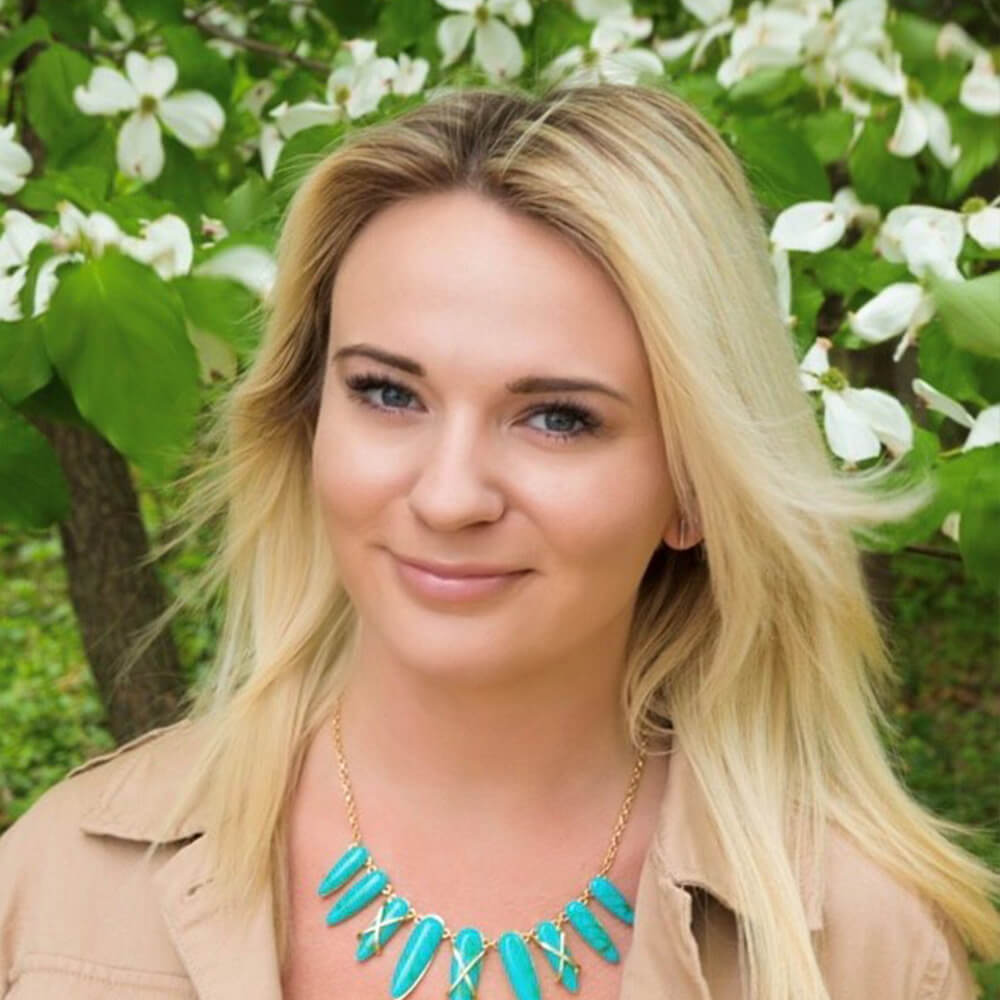 What does it mean to be part of The Herd?

Perseverance and passion. The Herd doesn’t lack grit. I’m lucky enough to work alongside extraordinary people who all have a great passion for our work and continuously put in the time to be the best. Creativity requires hard work and risk. Being encouraged to think outside the box, develop new skills and grow without fear of failure has made Buffalo Agency what it is today.

Are you an avid golfer/golf fan?

Prior to Buffalo I wasn’t much of a golfer. I had played soccer for 13 years and following the fall of WPS, I became a huge hockey fan. For the longest time, golf was synonymous with a tragic ending to the Washington Capitals. Instead of watching an epic playoff run, I would see my beloved team taking swings at RTJ (understandably to blow off some steam following another loss to Pittsburgh). Since joining the Herd, it’s become impossible not to be a fan. I just purchased my first set of clubs a few months ago in my quest to break eighty…at the neighborhood First Tee course. 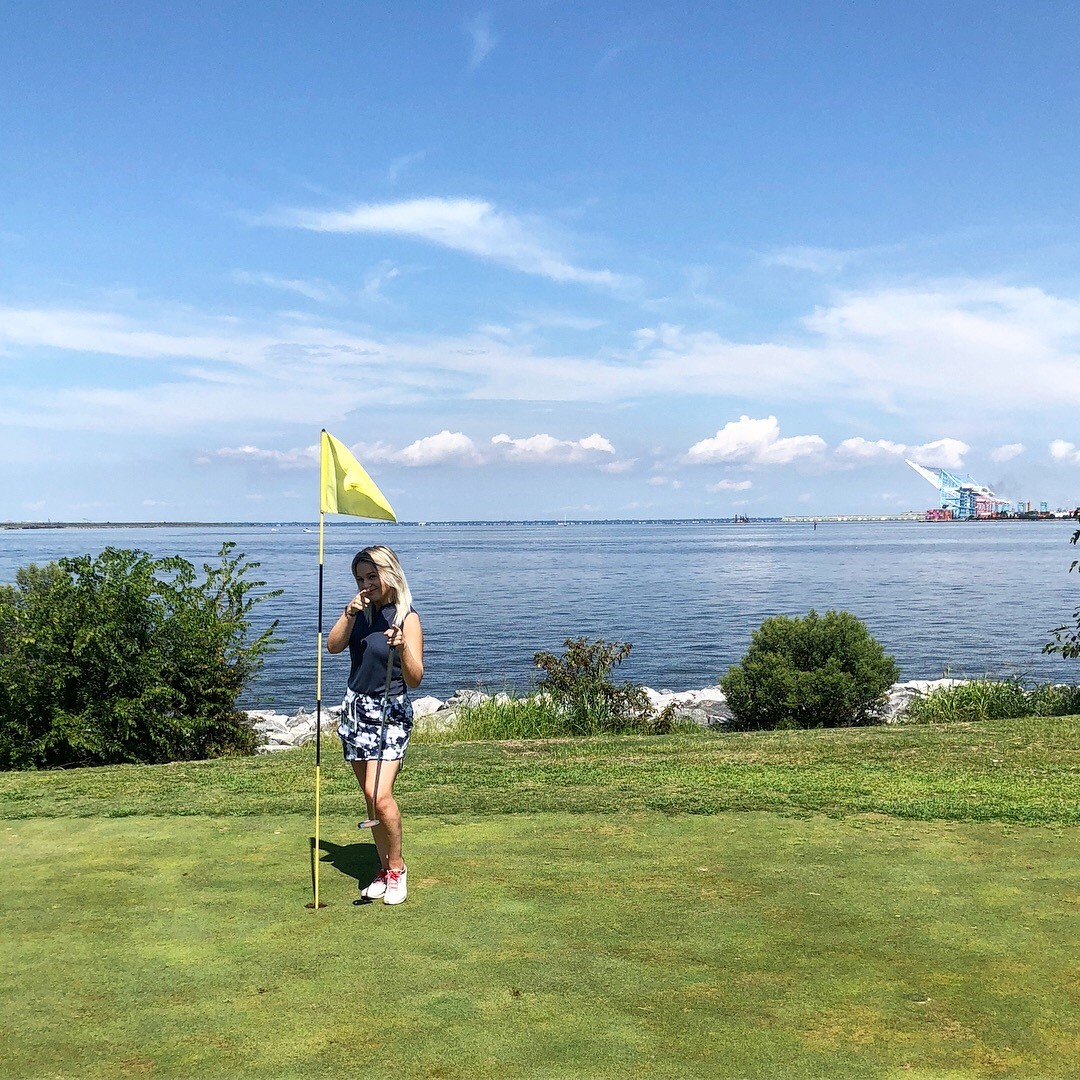 What do you do?

As a Senior Associate at Buffalo Agency, I work as part of a team to develop and implement digital strategies, particularly client social media marketing and advertising. Depending on the brand, primary responsibilities include copy writing, digital design, data analysis, community management and facilitation, campaign coordination, and ad operations. As social and digital marketing “best practices” shift constantly, research is a regular part of my day to stay current on the latest trends, tactics, and platform updates to guide future strategy.

Building the social media presence for The Clover Whiskey. This has been my first opportunity to work with a client that didn’t already have an active presence or established audience. You can really see the impact of the team’s efforts when working with a blank canvas. 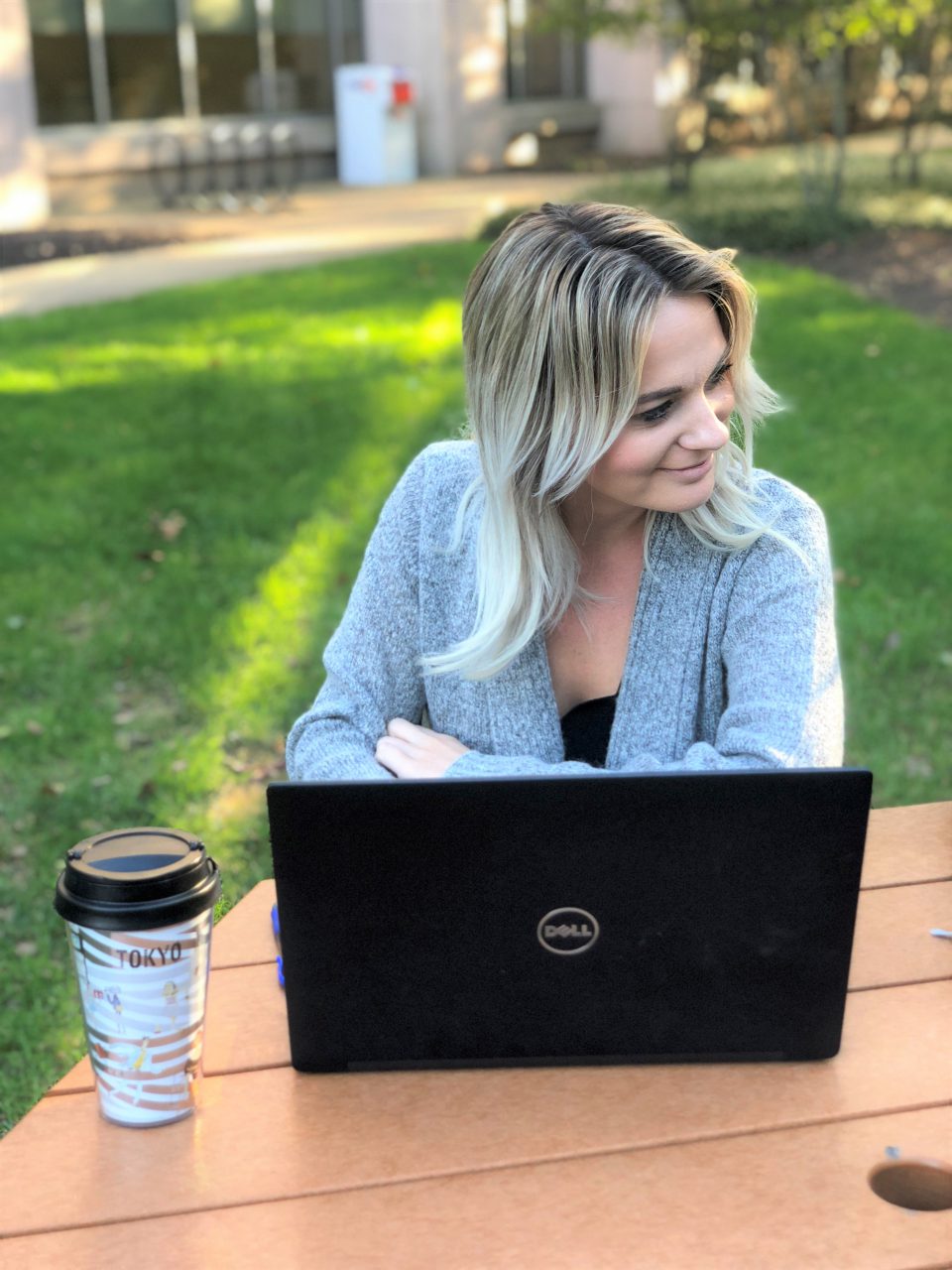 My favorite right now for social content creation is Over. Also a big fan of Adobe mobile apps, Spark and Rush. These applications give me the ability to design on-brand image and video assets right from my phone. TouchRetouch is a great app for easy image editing on the go – especially if you aren’t a trained graphic designer!

What are your favorite hobbies?

Travelling. I’m always looking to visit new places and meet new people to expand my worldview and mind. Whether 30 or 3,000 miles away, I’m already planning my next trip before my return home. Frequent solo-explorations have made me somewhat of a master at budget travel.

Beer tastings. There’s not a beer I wouldn’t try at least once. One of my most-used mobile apps is Untappd, it’s basically a rolodex of all the beers I’ve ever tasted.

Tell us more about your travels. Where is the favorite place you’ve visited?

Japan – so much that I went six times!  Each region of the island is so unique – and incredibly clean. I didn’t see a single piece of garbage on the ground…even though trash receptacles are nearly impossible to find. Public transportation is great – you can use the train system to visit most parts of the country in just a few hours. My favorite part was Japanese etiquette. Unlike Westerners, the Japanese refrain from loud public conversations on cell phones, and you never speak on the phone while on the train or in a shop. When in public areas, almost everyone wore a mask. It was a key accessory, much like a scarf or hat.

How’d you become an extra in a K-drama?

I lived in Guam for two years. The motto “Where America’s Day Begins” is heavily marketed in Asian tourism, placing the tiny island as a vacation destination in many Korean television scripts.  This particular soap opera had the lead actress playing a wealthy socialite, leaving behind her family and moving to Guam for independence. One of the filming locations was a restaurant I was dining at. According to the production team, Korean’s commonly associate blonde hair as an American trait but is rarely seen on Korean television. The director thought an extra with blonde hair would make the scene appear more authentic, and I 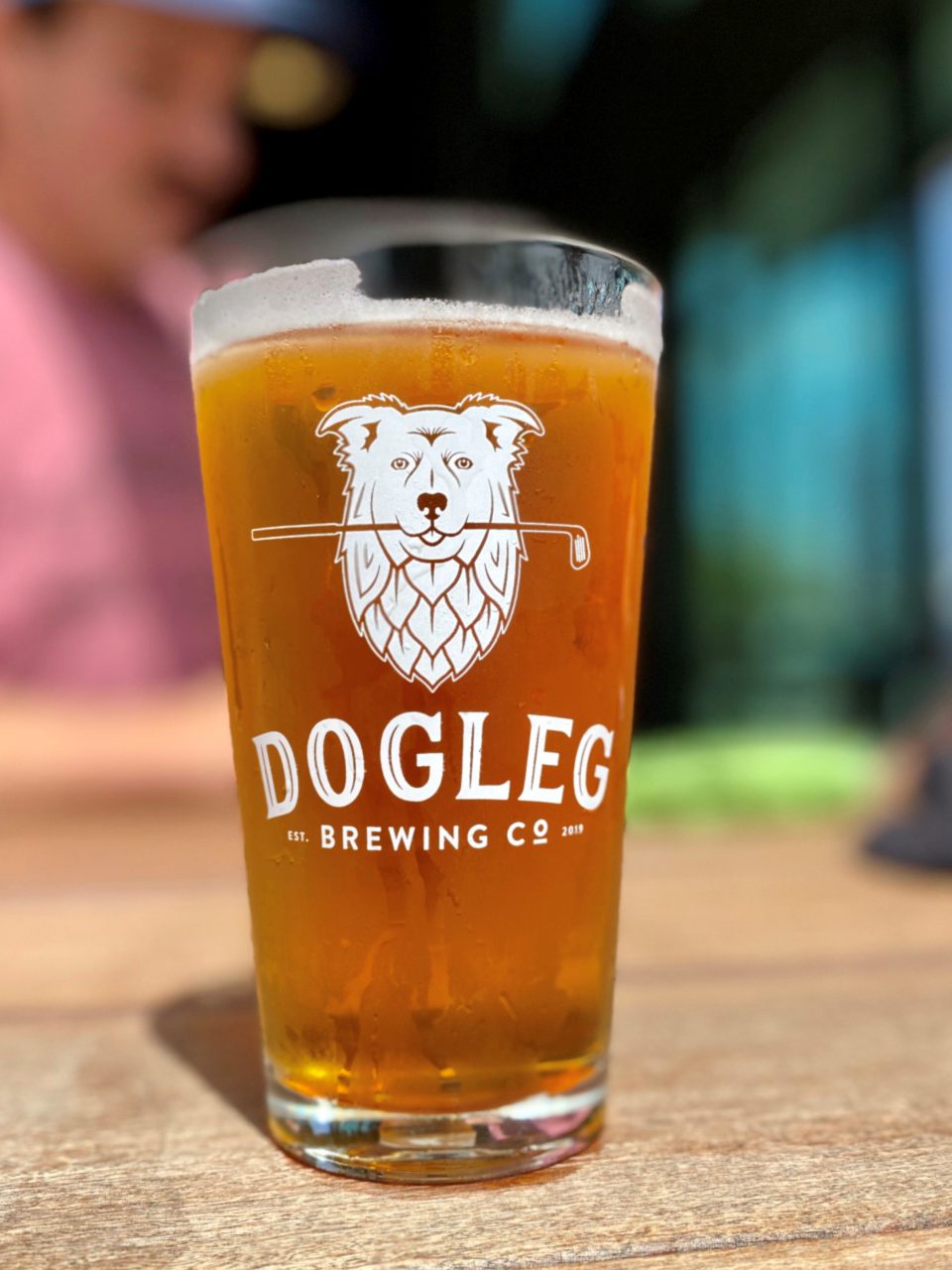 happened to be the only blonde around.

Impossible to pick a favorite so I’ll shout out my most recent brew stop. A few weeks ago my two worlds collided at Dogleg Brewing Company. The San Diego golf-inspired brewery features a putting green, simulator and tasty craft brews. And their logo is perfection!

Who would you swap places with for a day?

One of the five social media staffers for Wendy’s. The fast-food chain, represented by a sweet-faced, red-haired  little girl, has a social voice that is snarky and confident, challenging both fans, critics, and competitors with charm. Being empowered by the C-Suite to be the ultimate sass-master on behalf of a global brand is the dream.

Wish this was you? Join the Herd. 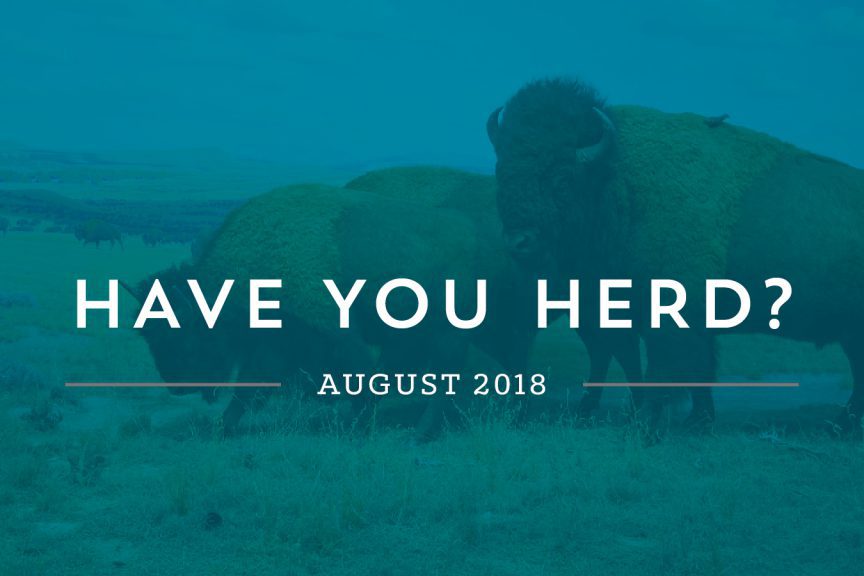 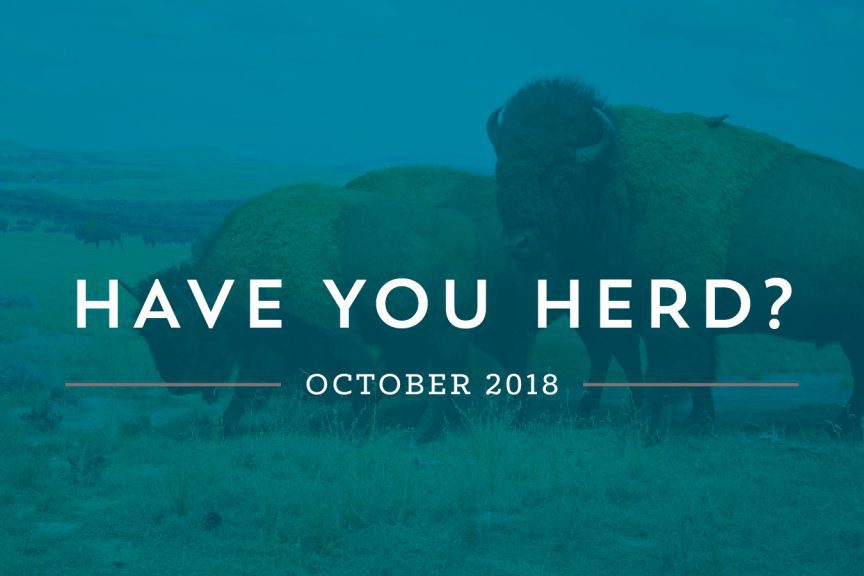